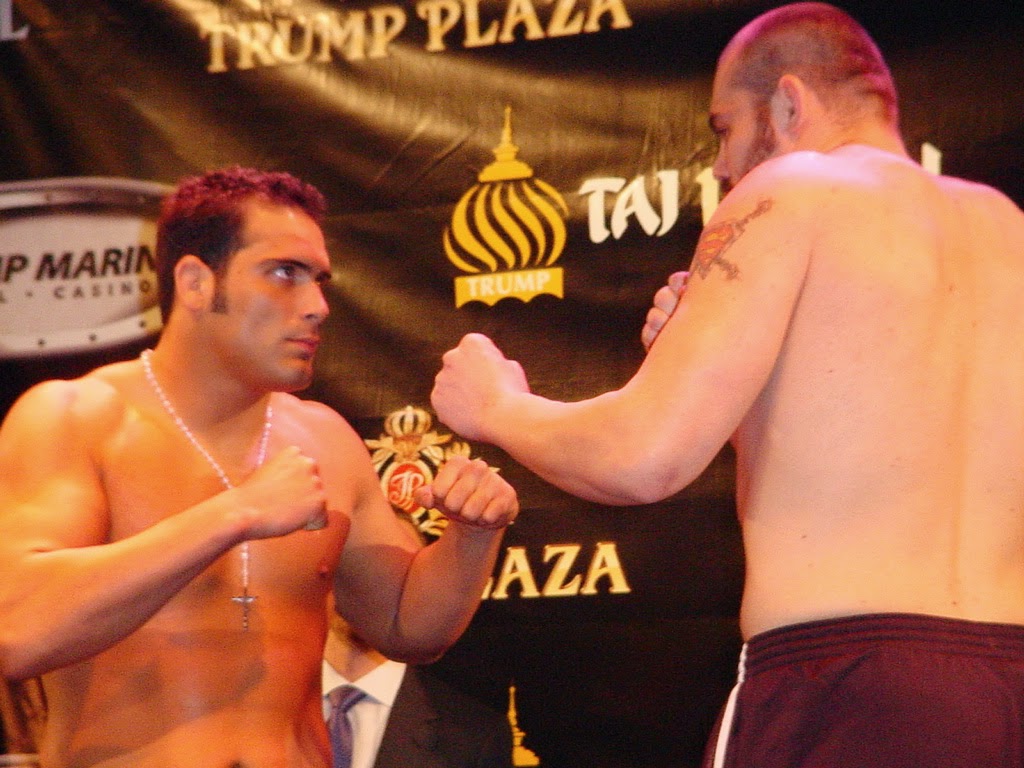 Once upon a time in 2003, our favorite premiere MMA organization came to Atlantic City, N.J. and had their heavyweight champ take on some tall dude from Pat Miletich's camp. Said tall dude had only fought in the Octagon once before, so it was assumed that the champ was going to kill him. But I'm talking about UFC 41, which saw champ Ricco Rodriguez's clash with challenger Tim Sylvia, and, well, yeah. That was the end of Rodriguez's title reign.


Other bouts on that card included BJ Penn rematching with Caol Uno, Frank Mir dispatching Tank Abbott with ease, and Matt Lindland and Phil Baroni scrapping so hard that the crowd was deafening - so deafening that the referee couldn't hear the bell and Lorenzo Fertitta had to wave his arms like a crazy man outside the cage to get the ref's attention.