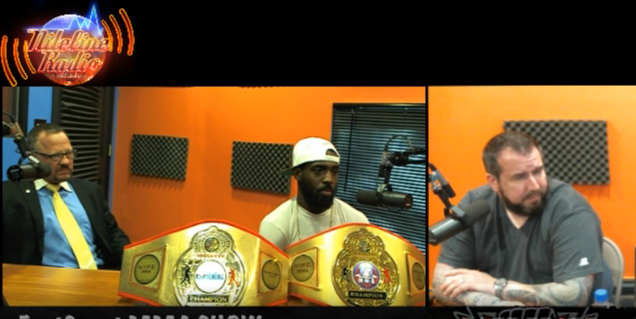 It's a beautiful thing when rival promoters can set aside their differences and talk shop - which is exactly what happened on this week's installment of the East Coast MMA Show. With host Tom Kilkenny of Aggressive Combat Championship behind the wheel, and guests Tom Sconzo of New York Fight Exchange and Jerome Mickle - NYFE's reigning welterweight champ - in the passenger seat, listeners are taken along for a ride that's both educational and entertaining.

Topics touched upon include, well, pretty much everything to do with the New York MMA scene. Definitely check it out.


Video streaming by Ustream
Posted by Jim Genia at 7:00 AM

I want to say that I am Honored to be First Lady Of NYC MMA/studio crew member of The East Coast MMA Show.We are glad to be a Part of a Show that Only the Fighters, promoters, and Coaches can tell their story