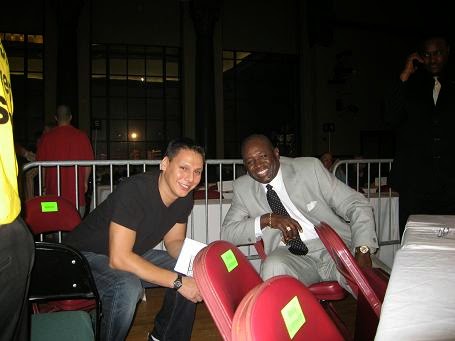 Though Dana White and Zuffa get a lot of credit for making MMA into the sport we know and love today, one figure who often gets undeservedly overlooked is Larry Hazzard Sr. Hazzard was commissioner of the New Jersey State Athletic Control Board for 22 years, and it was during his watch that he (and Nick Lembo) developed and implemented the Unified Rules of Mixed Martial Arts.

That's right. Because Hazzard and Lembo took a chance on regulating a sport that was pretty much banned everywhere, the world was able to see that fighting in the cage could be both safe and acceptable.

There's a ton of lore surrounding that period of time when MMA transitioned from outlaw form of entertainment to respectable athletic endeavor - things like how Hazzard and Lembo put their jobs on the line to allow MMA fights, how the first regulated bout was on a Lou Neglia kickboxing card in Atlantic City, and  how the first full-fledged sanctioned MMA event in New Jersey was an International Fighting Challenge (the UFC came in after that). But at the end of the day, Hazzard was a well-respected, "no bullshit" type of guy who was one of the greatest advocates the sport has ever had.