The New York Liquor Law That Can Shut Down Fight Shows 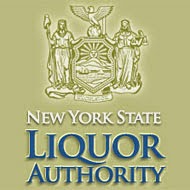 New York Unconsolidated Laws Section 8509-a, a.k.a. the "combative sports" law, is the statute that famously bans professional MMA in New York but allows amateur events, and it's the law that gets the most attention. But there's another law on the books that can be - and sometimes has been - used to put the kibosh on fight shows. Enacted in 2001, the New York Alcohol Beverage Control Law Section 106-6-c bans combative sporting events of both the pro and amateur variety at venues with liquor licenses.

The text of the statute is as follows (emphasis mine):

6-c. (a) No retail licensee for on-premises consumption shall suffer, permit or promote an event on its premises wherein the contestants deliver, or are not forbidden by the applicable rules thereof from delivering kicks, punches or blows of any kind to the body of an opponent or opponents, whether or not the event consists of a professional match or exhibition, and whether or not the event or any such act, or both, is done for compensation. (b) The prohibition contained in paragraph (a) of this subdivision, however, shall not be applied to any professional match or exhibition which consists of boxing, sparring, wrestling, or martial arts and which is excepted from the definition of the term "combative sport" contained in subdivision one of section five-a of chapter nine hundred twelve of the laws of nineteen hundred twenty, as added by chapter fourteen of the laws of nineteen hundred ninety-seven. (c) In addition to any other penalty provided by law, a violation of this subdivision shall constitute an adequate ground for instituting a proceeding to suspend, cancel or revoke the license of the violator in accordance with the applicable procedures specified in section one hundred nineteen of this article.

What does this mean in English? As per the part I put in bold, it means that it doesn't matter if a combative sporting event is pro or amateur - the law bans the sale of alcohol at the venue either way.

However, the following sentence in the statute creates a carve out for "martial arts" sanctioned by those organizations listed in the combative sports law (i.e., the World Karate Association, Karate International, the U.S. Tae Kwon Do Union, et al.). Events sanctioned by those groups can serve alcohol.

This is the reason why you can go to a Muay Thai event at Madison Square Garden that's overseen by the World Kickboxing Association (formerly the World Karate Association) and you can sip a beer, and why back in 2002 Lou Neglia's Vengeance at the Vanderbilt was shut down (the Vanderbilt was a nightclub, and the sanctioning organization for that show was not one of those listed in the combative sports statute).

This law isn't enforced all the time. There are shows in bars sanctioned by the Professional Kickboxing Federation (the PKF isn't on the approved list) and they go on pretty much unmolested. But the Alcohol Beverage Control law has been enforced on occasion, so it remains a risk for promoters who don't use one of the approved organizations.

(And it's worth noting that it doesn't matter if the venue shutters its bar and refuses to sell booze during the event. What matters is that the venue has a liquor license - the New York State Liquor Authority will go after that.)

Here are the approved organizations listed in the combative sports statute. Since the law was enacted in 1997, most of them are defunct.