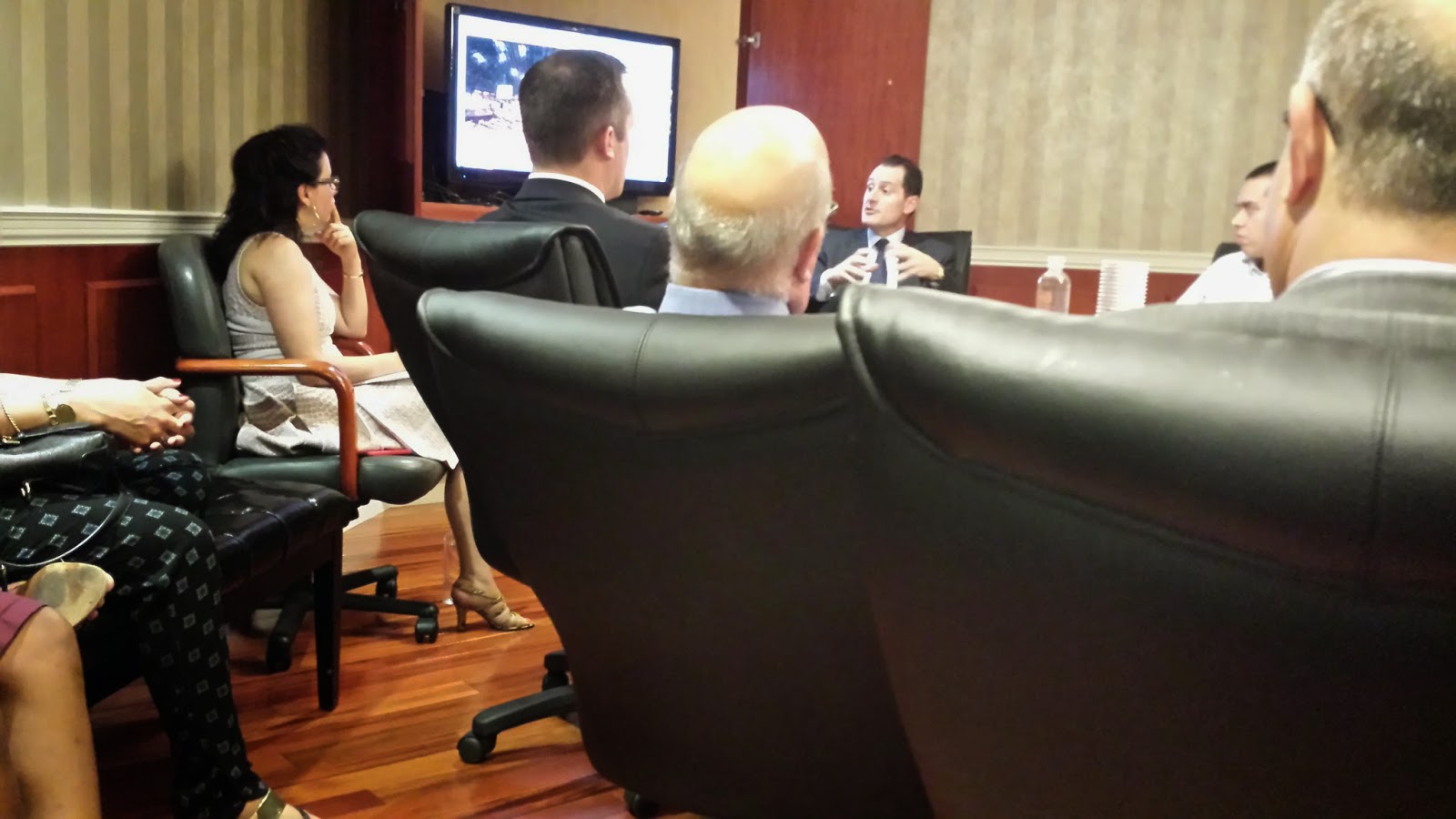 There was another installment of the Columbia University Sports Management Program's class on MMA in New York last night, and the guest lecturer was a doozy. UFC Chief Operating Officer Ike Lawrence Epstein took a turn with the conch shell, and with New York-based lobbyists David Weinraub and Steve Greenberg on hand, the pearls of wisdom were seemingly endless.

The class began with a sizzle reel, then came a Power Point presentation packed with all kinds of great info. After that came a lengthy question-and-answer session.

Some of the more salient points of the knowledge dropped by Epstein, Weinraub and Greenberg included:

Usually, most of the UFC's talking is done via Dana White, Lorenzo Fertitta, and occasionally Marc Ratner, so it was a pleasure to get Epstein's perspective on things. And as for that Power Point presentation... whichever MMA newsite gets a hold of that one is going to be drowning in traffic. That thing alone was more than worth the price of admission.
Posted by Jim Genia at 7:00 AM