The 2014 Election and How It Affects MMA in New York 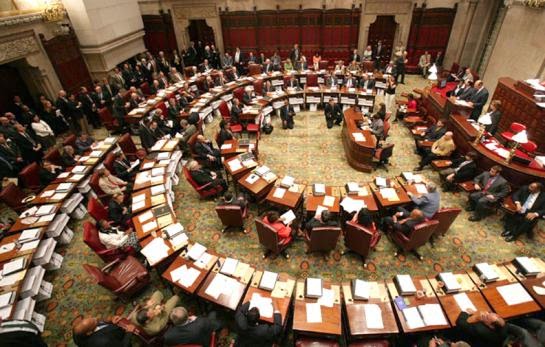 There was an election in New York yesterday, which means that the potential for shakeups in government and the shifting of political winds in regards to MMA was at its highest. So now that the votes have been tallied and the dust has settled, who's in and who's out? Here's a scorecard for you:

At the end of the day, all of this legislative shuffling (or lack thereof) points to what could be the "same old, same old" for the legislative fight to get ban lifted. We'll see, though. A favorable verdict in the Zuffa vs. New York lawsuit, which could come any day, could force the issue in a big way.
Posted by Jim Genia at 2:39 PM