Tom Muller: A Look Back at One of the Northeast's Most Dominant Heavyweights 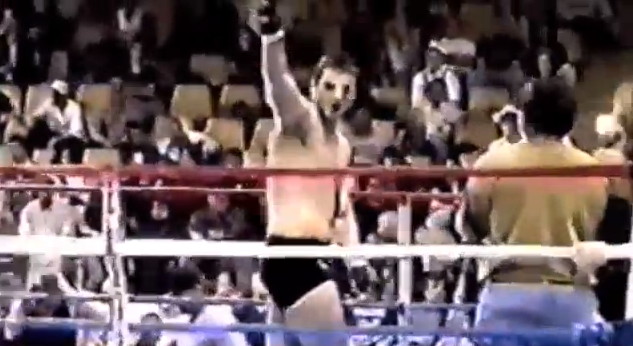 Few things are more annoying than a stud fighter coming onto the scene, making an impact with a win or two, then disappearing forever more. Well, if you were to compile a list of such Northeast fighters, without question, Tom Muller's name would be at the top.

From 2002 to 2004, Muller was a tall, lanky heavyweight who took the jiu-jitsu that Matt Serra taught him and absolutely dominated his opponents in Ring of Combat. In all four times he fought he won via submission, and in his last outing at ROC 7, he dethroned champ Carlos Moreno and took his belt.

At first, it wasn't a definitive retirement, I don't think. I'd see Muller around at shows and ask him when he was returning, and he'd shrug and say he wanted to, but for whatever reason couldn't. Years passed though, and it finally sunk in: this badass heavyweight submission specialist truly was done.

Anyway, Muller is a jiu-jitsu black belt now and has a school out on Long Island. And in case you never got to see him in action, here's a highlight video to give you a taste.

Tom is a true force I am training under him for 2 years and everything he teaches will make your game better. Commack MMA is a great place to train and learn.