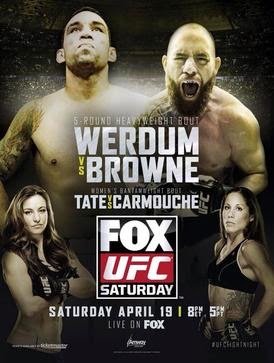 UFC on FOX 11 is just nine days away, and in addition to the marquee bouts of Travis Browne versus Fabricio Werdum and Miesha Tate against Liz Carmouche, there are a bunch of compelling match-ups dotting the card - not the least of which is Donald Cerrone taking on Edson Barboza.

It wasn't that long ago that Barboza was an unstoppable striker wrecking people in Ring of Combat. In his first ROC fight, the Brazilian practically put Team Serra/Longo Nabih Barakat in a coma; after the jump is Barboza's second appearance in ROC, where he fought some overmatched dude for the belt.

You can guess how it ends.