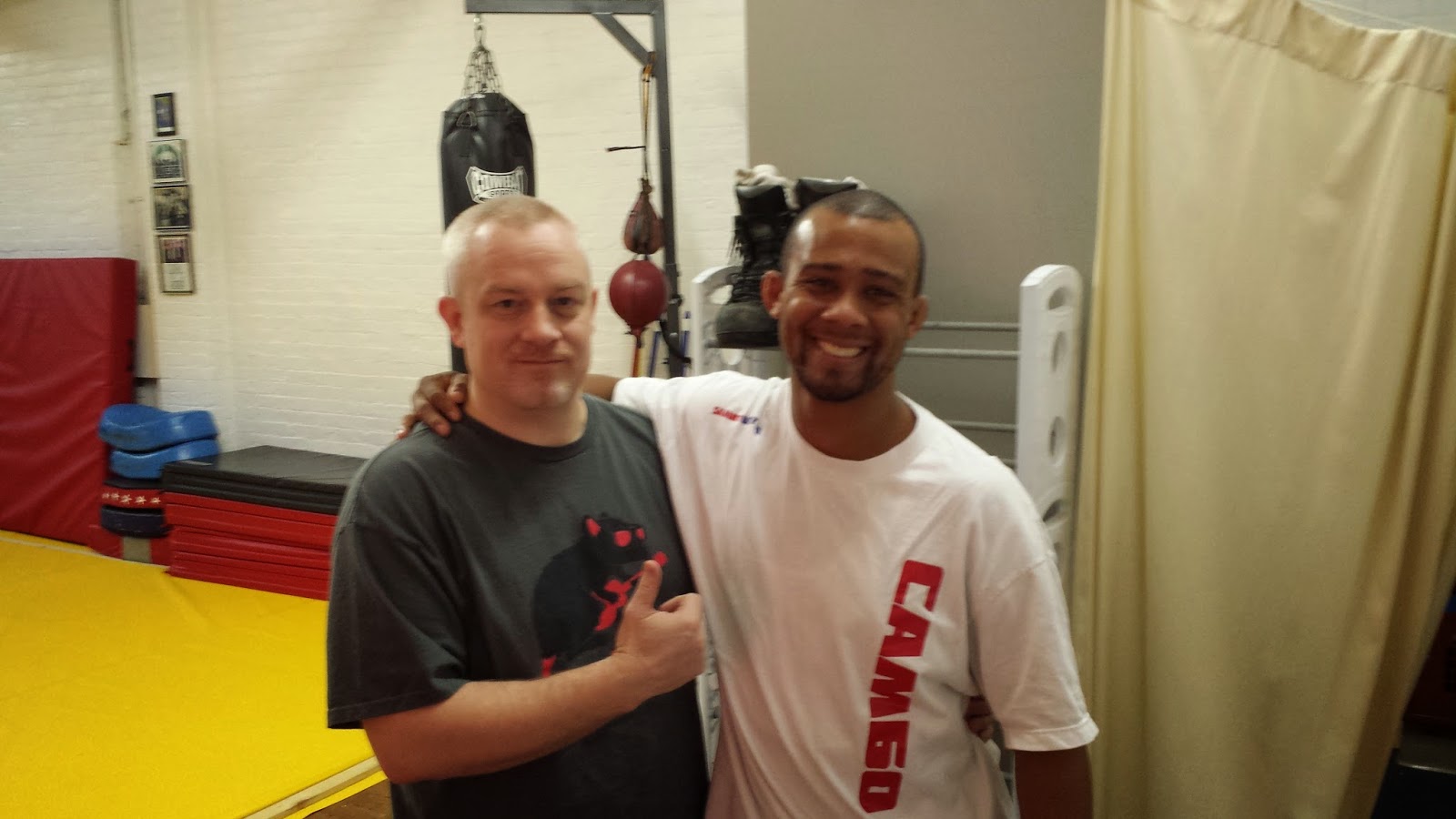 A lot of research went into this Deadspin article I wrote, but the constraints of word counts meant much had to be cut. Here then is what "Sambo" Steve Koepfer had to say.


In full disclosure, I work as an official for International Sport Karate Association-NY, so I have never had one of my own fighters on any of their cards to avoid conflicts of interest. But, I have had my fighters on USMTA and WKA cards in New York State, as well as a smoker or two. I have also been behind the scenes of cards sanctioned by KICK (UA MMA Ki Federation) and several other New York events not sanctioned by any third-party body. In all honesty, I would have to say ISKA-NY runs the tightest ship, being an Association of Boxing Commissions-recognized body and all officials having been ABC trained. Only ISKA amateur bouts will end up on a fighter's official ABC MMA record. To my knowledge, no other sanctioning body operating in New York State requires ABC training for their officials or is an ABC-approved body. This can be problematic as a coach when researching opponents. Having said that, there is still room for improvement in ISKA-NY. I can hosently say that even when I have acted as event supervisor for ISKA-NY, I saw areas of improvement that need to be addressed. WKA in my experience is running second to ISKA. KICK and USMTA are bringing up the rear.


It is getting safer every day, but there is certainly a long way to go as there is no ubiquitous standard in play in our state. Amateur MMA is not under the jurisdiction of the New York State Athletic Commission. It is literally like the "Wild West". To ask whether or not it is "safe" is a question relative to the particular promoter and sanctioning body. In truth, the saftey of amateur MMA in New York falls on a very wide spectrum - ranging from completely unregulated and unsafe to fairly professional standards and implementation.

I will say that all the third-party bodies operating in New York have good intentions. I know pretty much all the guys running sanctioned shows in New York State and they are all trying to do the best they can for our community and fighters. But, they are also plagued with selfish competition, which can foster insular attitudes and compromise the development of increased uniform standards. In my opinion, many of the promoters and sanctioning bodies operating here believe they are being professional, when they are in fact falling short. This is mainly due to lack of exposure to high quality training and education.

On paper, all the third party bodies operating in New York are offering the same protections with regard to pre-fight medical screening, matchmaking, officiating, postfight care, etc. But, implementation is not the same from body to body. Obviously, since I choose to work for ISKA-NY, I believe they are doing the best job so far. Having had fighters in both WKA shows and USMTA shows, I would rank WKA higher than USMTA in terms of pre-fight, in-fight, and post-fight oversight. All three bodies have areas where they can significantly tighten up their ship.


Without being specific to any particular organization or promoter (these examples come from ISKA, WKA, KICK and USMTA sanctioned events), here are some problems I have witnessed at New York amateur MMA events during the last 2 years:
1) Referee allowing repeated 12-6 elbows to the spine (left unaddressed by the event supervisior)
2) Street shoes repeatedly allowed in the cage, which led to a visible layer of dirt on the cage floor and scrapes on fighters taken down onto the dirt.
3) A fighter stepping on a water bottle left in the cage between rounds.
4) No doctor present.
5) Doctor arrives at event without his kit.
6) Medicals being submitted on the day of the event, which can't be validated for authenticity if fraud is suspected.
7) Lack of cageside security.
8) No EMT cageside when an injury occured during the fight (same event where no doctor was present).
9) A referee trying to wake up and stand up a fighter who had just been knocked out (same referee who allowed the 12-6 elbows)
10) Fighters entering the cage without proper pre-fight inspection (no mouth pieces, no tape on gloves, still had shoes on, etc)
11) No post fight medical checks
12) Poor research by matchmakers, leading to significant mis-matches if unchecked by coaches.
13) Referees who can't properly implement a rules meeting, and don't even know some of the rules they are to be enforcing.
14) Judges that represent the gym of fighters they are judging.
15) Allowing fighters to fight too soo after prior bouts.


Yes, as I said earlier, on paper all the sanctioning bodies require the proper pre-fight physicals and bloodwork (HIV, Hep B & C). I believe all the promoters and sanctioning bodies in New York are trying to do the best for our fighters. But, from the outside it can be hard to know if the medicals are being properly screened by the sanctioning body, unless an error is detected. Most recently, preparing for the Victory 5 card (sanctioned by the WKA), my fighter's doctor accidentally submitted and out of date blood test result, instead of the one we had just completed. I missed his mistake and sent the medicals to the WKA for review. They did catch the error and we were able to make sure WKA got the proper bloods.


I have officiated at two ISKA-NY events in New York; once as a judge and once as an event supervisor. I have never experienced any cutting of corners on behalf of the ISKA-NY first hand. In fact, I know that ISKA-NY has pulled sanction on promoters in New York for not abiding by medical standards and pulled fights for several reasons (medicals or finding out a fighter was pro for example). I certainly can't speak for every ISKA-NY sanctioned event in New York, but in the events I worked I have never witnessed any intentional cutting of corners by ISKA. If I had, I would not work for them. Again, this is not to say mistakes were not made or areas for improvement were not assessed in post event debriefing, but I have not witnessed anything intentional. Of course some promoters, coaches and fighters may try to cut corners - either out of inexperience, ignorance or lack of ethics. This is an unfortunate part of the game. This is why it is critical to have top notch objective oversight. It is the ISKA's job is to make sure that does not happen, as it is with all third party bodies. However, all sanctioning bodies are currently operating independently in New York, without any coordination of standards. This is why it is extremely important for New York State to implement universal standards for amateur MMA sanctioning that all parties need to live up to if they want to operate in New York State.
Posted by Jim Genia at 9:24 AM