Throwback Thursday: One of the Greatest Comebacks Ever 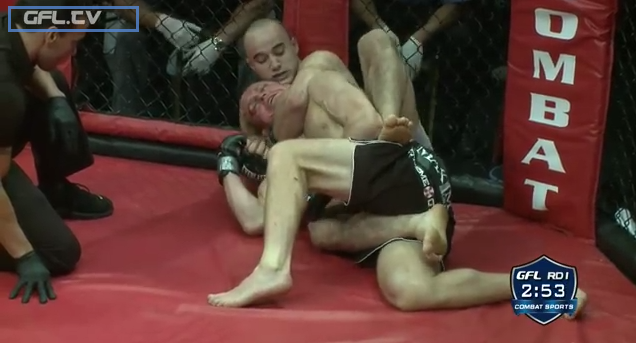 It was one of the greatest comebacks I have ever seen in an MMA bout. Deividas Taurosevicius - Ring of Combat champ, IFL and WEC veteran, and all-around Terminator - took on future World Series of Fighting champ Marlon Moraes at ROC 38 on November 18, 2011, and the Brazilian was utterly kicking his ass. I mean, "DT" was getting smoked hard on the feet, and when it went to the ground, Moraes was wrecking him. It was almost a complete blowout.

But DT has always been made of stone, and somehow he escaped, reversed, and... well, watch.

I've seen some amazing things in my 13 years of covering the sport, but what DT did literally had me shouting "Wow!"
Posted by Jim Genia at 4:00 PM